William Pawne (d. 1578) directed in his will that the residue of his estate should be used to establish and maintain a school in his manor of Chivers Hall. There is no sign that such a school was in fact founded. By the terms of Dr. Walker's Charity (founded1687) a child from High Ongar might be sent to the charity school at Fyfield. How long the right was exercised is not clear. It had been commuted by 1834 for a small cash payment and later lapsed altogether.

About 1799 the rector's wife and two other ladies established a girls' school at High Ongar, and by 1807 some 20 girls were learning to read and sew. This experiment was probably the origin of the National School which by 1816 was receiving some £31 in annual subscriptions. In 1818 there were about 60 children at this school, mostly girls, and 74 others attended the Sunday schools held in conjunction with it. In 1828 the day pupils were said to number 80 and in 1833, 89. These figures, however, were probably inflated by the inclusion of children who only attended the Sunday school, for in 1835 there were said to be only 60 at the day school. The rector seems to have owned the school building, which was situated at the east end of the village on the south side of the road; subscribers helped to maintain the school. In 1846-7 there were 77 pupils under a mistress who was paid £50 a year. About the same time the rector helped to maintain a dame school, possibly in some other part of the parish. There were also private and dame schools, unconnected with the church; in 1833 there were five, including one boarding-school, and 71 children were attending them.

In 1867 a new school was built opposite the church, with accommodation for 135 and a teacher's house. Subscribers gave £1,097 and the Education Department a building grant of £201. Since a school had recently been established at Paslow Wood Common and there was also another school in the parish with 15 pupils, the new church school was sufficient for the needs of High Ongar's stationary population. The Education Department stated in 1872 that no more accommodation was necessary. Attendance at the school rose hardly at all before 1880, when it was only 72, but by 1886 it had risen to 119. The building was therefore enlarged in 1887 to accommodate 160. The annual grant rose from £58 in 1873 to £95 in1886.

In 1890 a school board was established at High Ongar and in that year it accepted transfer of the building for use as a board school on weekdays. By the Education Act of 1902 the school passed under the administration of the Essex Education Committee, Ongar District. In 1904 there were 153 children on the books, 4 teachers, 2 of them certificated, and a monitress. Attendance subsequently fell, to 91 in1915 and 62 in 1938. In 1936 the school was reorganised for mixed juniors and infants, the seniors being transferred to the new school at Chipping Ongar. In May 1952 there were 90 children under3 teachers. The building, opposite the church, is single-storeyed and of red brick, with teacher's house attached.

In 1865 a wooden building was erected near Nine Ashes Farm, Paslow Wood Common, for use as a church school, the cost being met by subscription. The attendance was at first small: an average of 29 in1880 and 28 in 1886. In 1892 it began to rise, additional pupils coming from Norton Mandeville, where the school had recently been closed, and Blackmore, where the school was overcrowded. By 1893 there were 56 children on the books, although there was adequate accommodation only for 50. The school board, which had accepted transfer of the building in1890, considered its enlargement but eventually decided to build a new school a short distance to the south-west of the existing one. The new school was opened in 1895 with accommodation for 88. Attendance rose to 92 in 1904; there were then 3 teachers. The annual grant increased from £28 in 1893 to £67 in 1902.

By the Act of 1902 this school passed under the administration of the Essex Education Committee, Ongar District. The average attendance fluctuated in the following years: 52 in 1915 and 63 in 1929. In1936 the school was reorganized for mixed juniors and infants and in 1938 the average attendance was only34. In May 1952 there were 2 teachers and 35pupils. The school is a single-storey brick building with a slated roof . The earlier school near Nine Ashes Farm is now used as a mission church. From about 1890 to 1930 there was a private school for boys (and later girls) at Marden Ash, run by Francis Dawson and by Mrs Dawson. 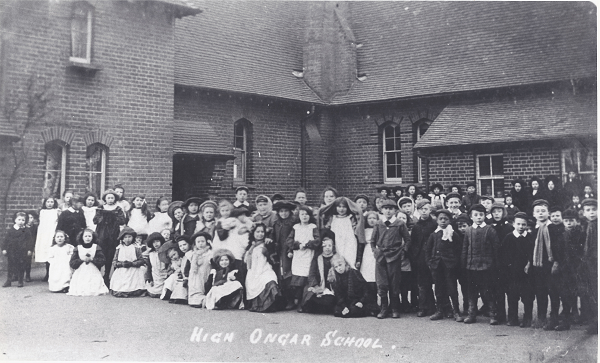 Ongar and the surrounding areas are of significant historical importance.

The famous philospher John Locke who wrote the seminal 'Essay on Human Understanding' the essentials of which are incorporated in the Constitution of the United States of America is buried just up the road in High Laver.

Anne and Jayne Taylor who wrote Twinkle-Twinkle Little Star were daughters of the Minister of the Congregational Church in Ongar.

Noel Gay the composer of 'Doing the Lambeth Walk' amongst other popular musicals is buried in St. Margarets Church, Stanford Rivers.

Bridge Academy Trust is a charitable company limited by guarantee registered in England and Wales with company number 07663795.

Unfortunately not the ones with chocolate chips.

Some cookies are necessary in order to make this website function correctly. These are set by default and whilst you can block or delete them by changing your browser settings, some functionality such as being able to log in to the website will not work if you do this. The necessary cookies set on this website are as follows:

Cookies that are not necessary to make the website work, but which enable additional functionality, can also be set. By default these cookies are disabled, but you can choose to enable them below: